The unique body structure with spring body and energy amplification mechanism increases the time for which the ball and clubface are in contact (impact duration) by 20%※1. As the ball is compressed to the core, it rebounds even more strongly and therefore, increases the initial speed. ※2 This results in outstanding soft feel and high initial speed that surpasses the golfer’s own potential.
※1 As the impact duration extends, the ball is compressed even more.
※2 As the initial speed increases by 1m/s, the distance is extended by approximately 7 yards. 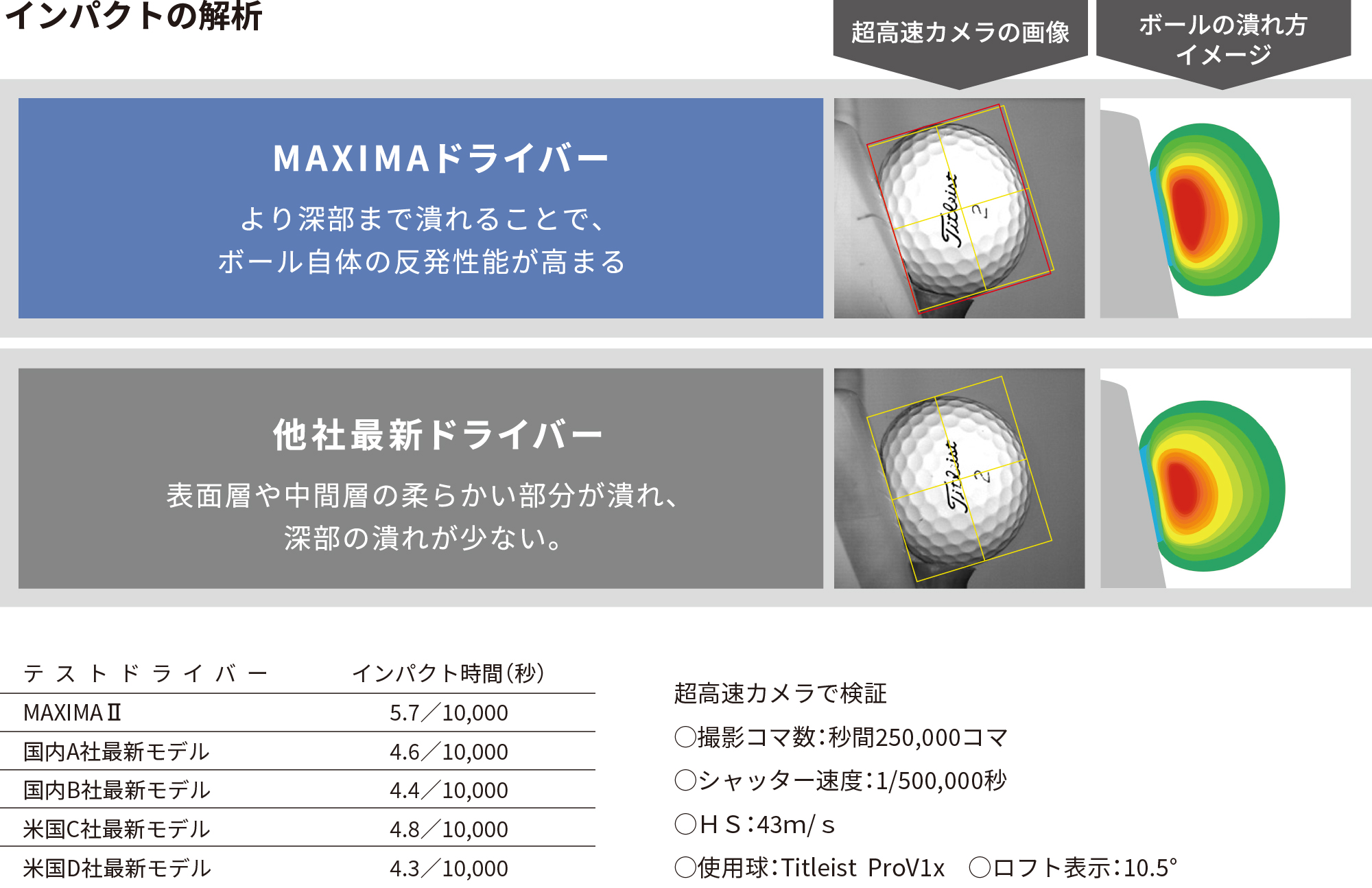 2Low backspinMaximaⅡ shot is a shot with the World’s lowest-spin.

The ultimate head structure is made with more advanced DSI Technology. It reduces backspin by 35% compared with conventional products. ※1 MAXIMAⅡ produces balls with high initial speed, high launch and low spin. A “MAXIMA Ⅱ shot” ※2 will fly forward with big carry and a long roll.
※1 Comparing to the average statistics of the latest 7 models of the major brands (Decreased by 15% comparing to Ryoma’s previous model)
※2 A shot with MAXIMA Ⅱ is the same kind as the flyer shot made with an iron. Since the spin rate is extremely low, the ball flies forward without rising excessively. As a result, a long roll is produced after a gentle decent..

When meeting the three conditions of high initial velocity,
high trajectory, and low spin, a long roll is produced. 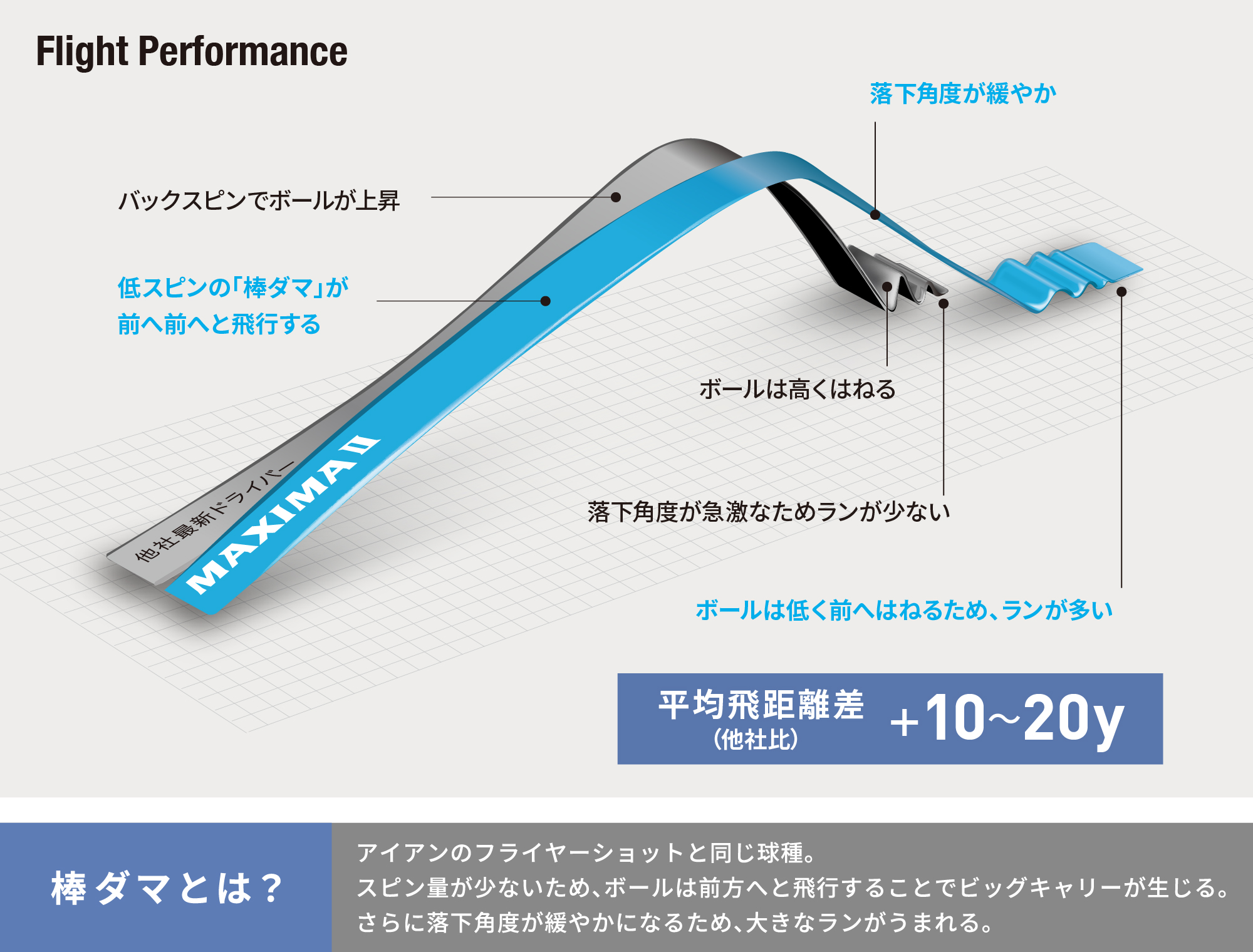 The combination of a low-spin unit and a power booster enables ultra-low and deep center of gravity, and therefore, makes it possible for high launch even with a small loft angle. In addition, the elastic characteristics of the power-spring body enable to suppress the clubhead rotation even at a mis-hit. Thanks to the support function of club face and body, the extra wide sweet area greatly contributes to longer average ball distance.
※Even with an intentional hook or slice, the curvature is less than a half comparing to the other brands. 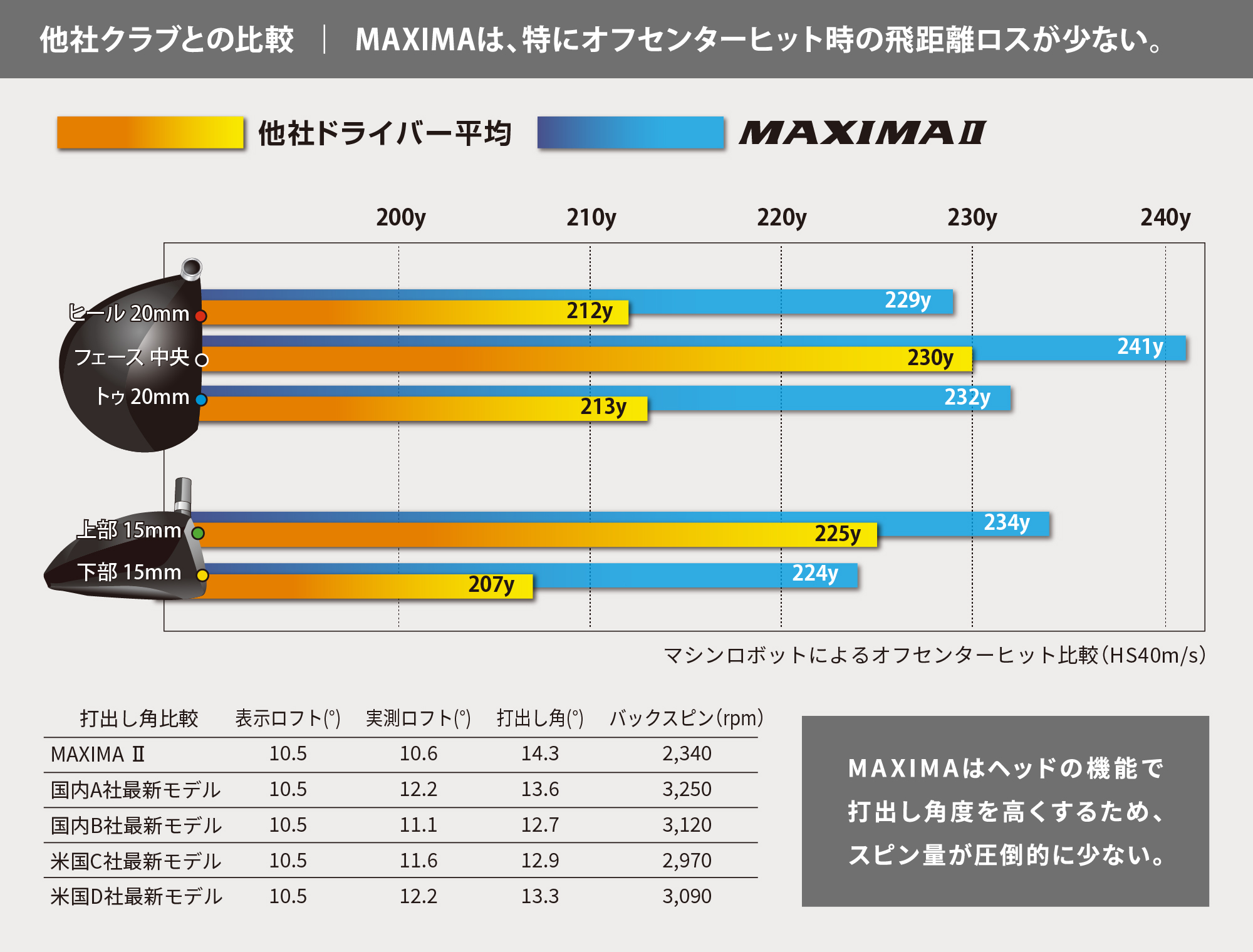 4Reduced sidespinNot only reducing the sidespin by 60%,
MAXIMA II cuts the curvature of a hook or a slice by less than a half

As the impact duration extends, the impact will be deeper and longer; hence, the sidespin rate can be reduced by 60%. ※1 Even on a mis-hit, the curvature of a hook or a slice will be limited and corrected to straighter flight thanks to the reduced sidespin. Furthermore, the moment of inertia is incresed by 20% than comparing to the previous models. ※2. From From amateur golfers to tour players,it greatly contributes to improve their scoring.
※1 The sidespin is reduced by 60% comparing to the club heads of competitors. Even with an intentional hook or slice shot, the wobble range is less than a half comparing to the other brands.
※2 The club head’s left and right moment of inertia （MOI ： 4,950ｇ㎠） 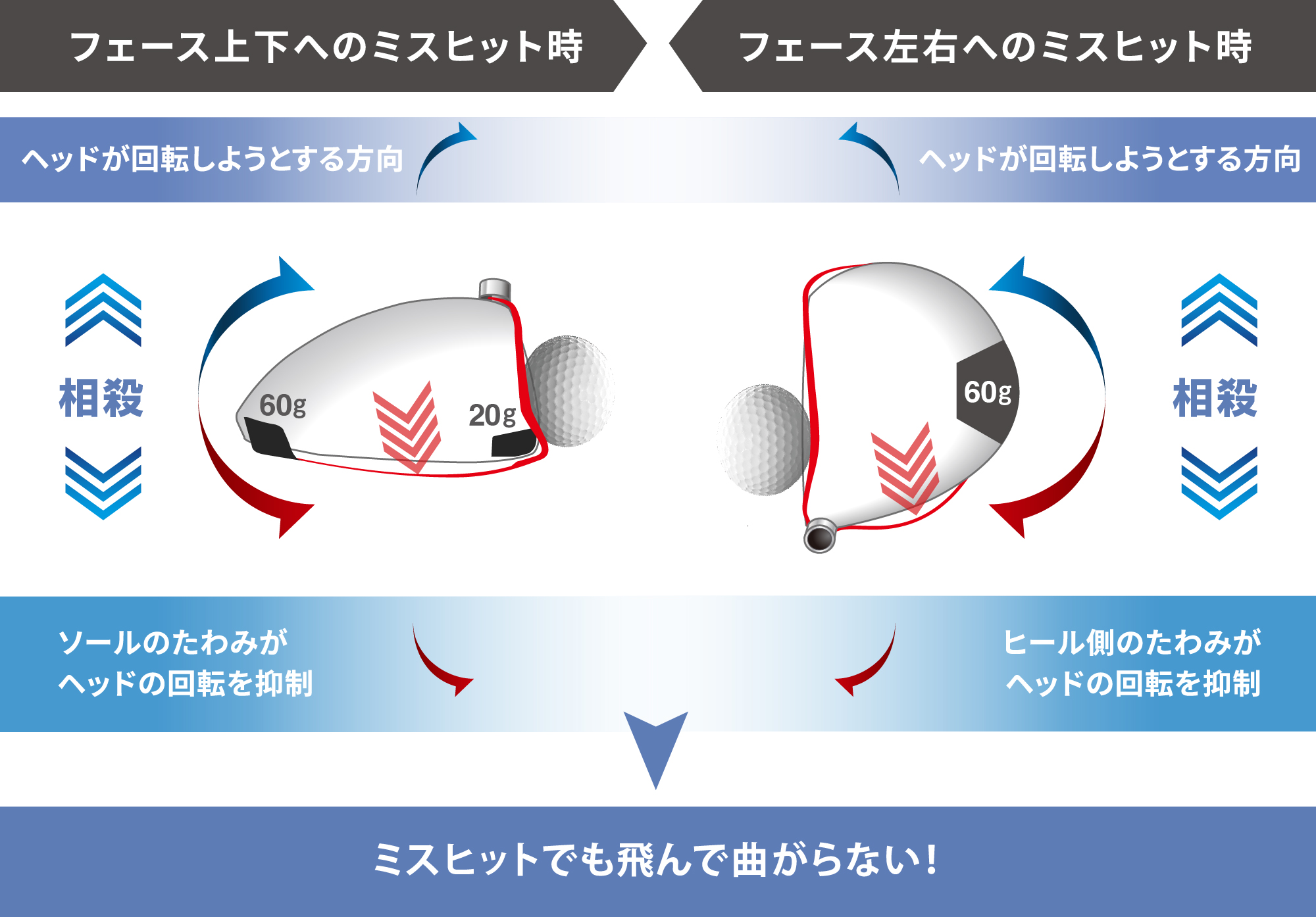