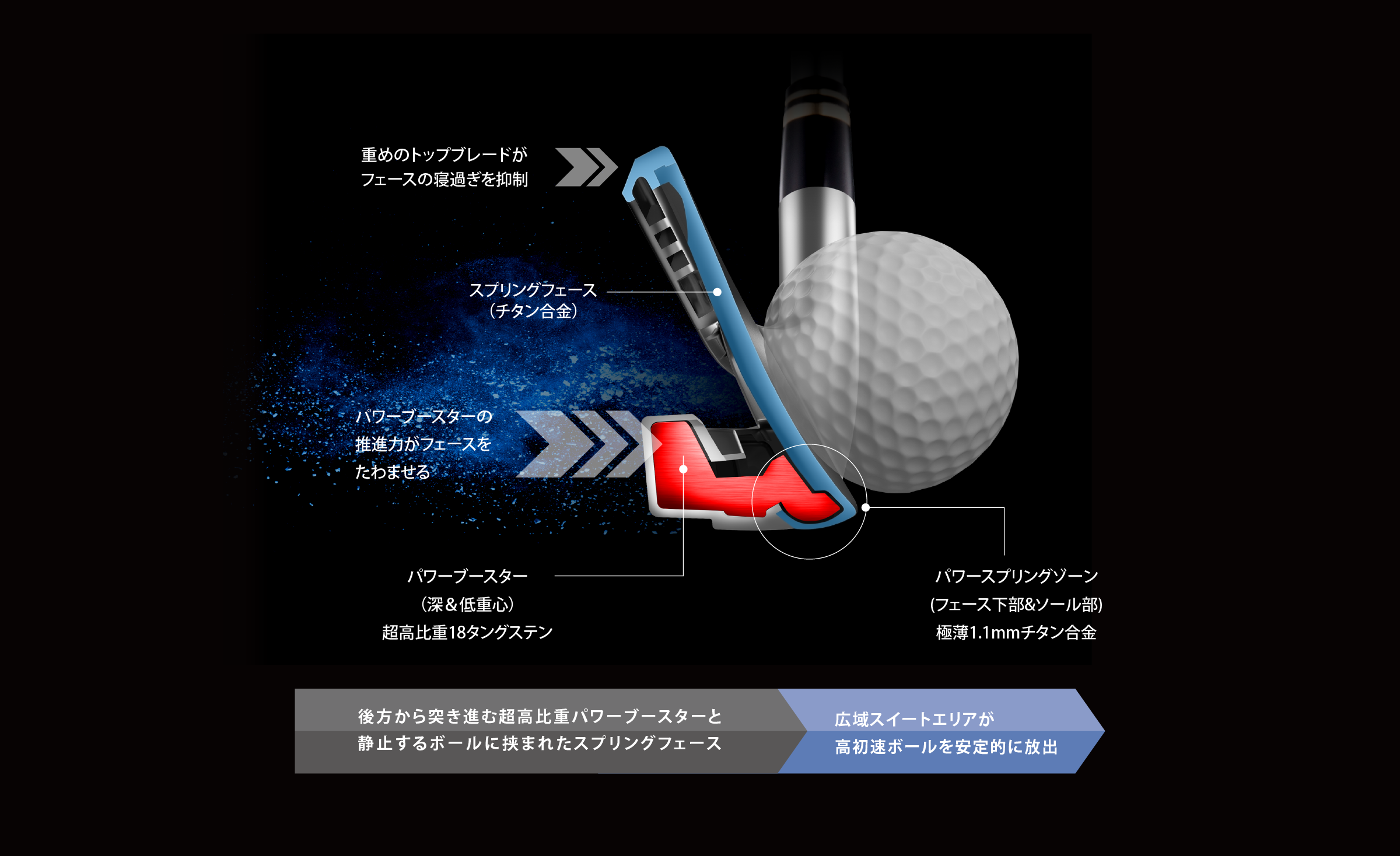 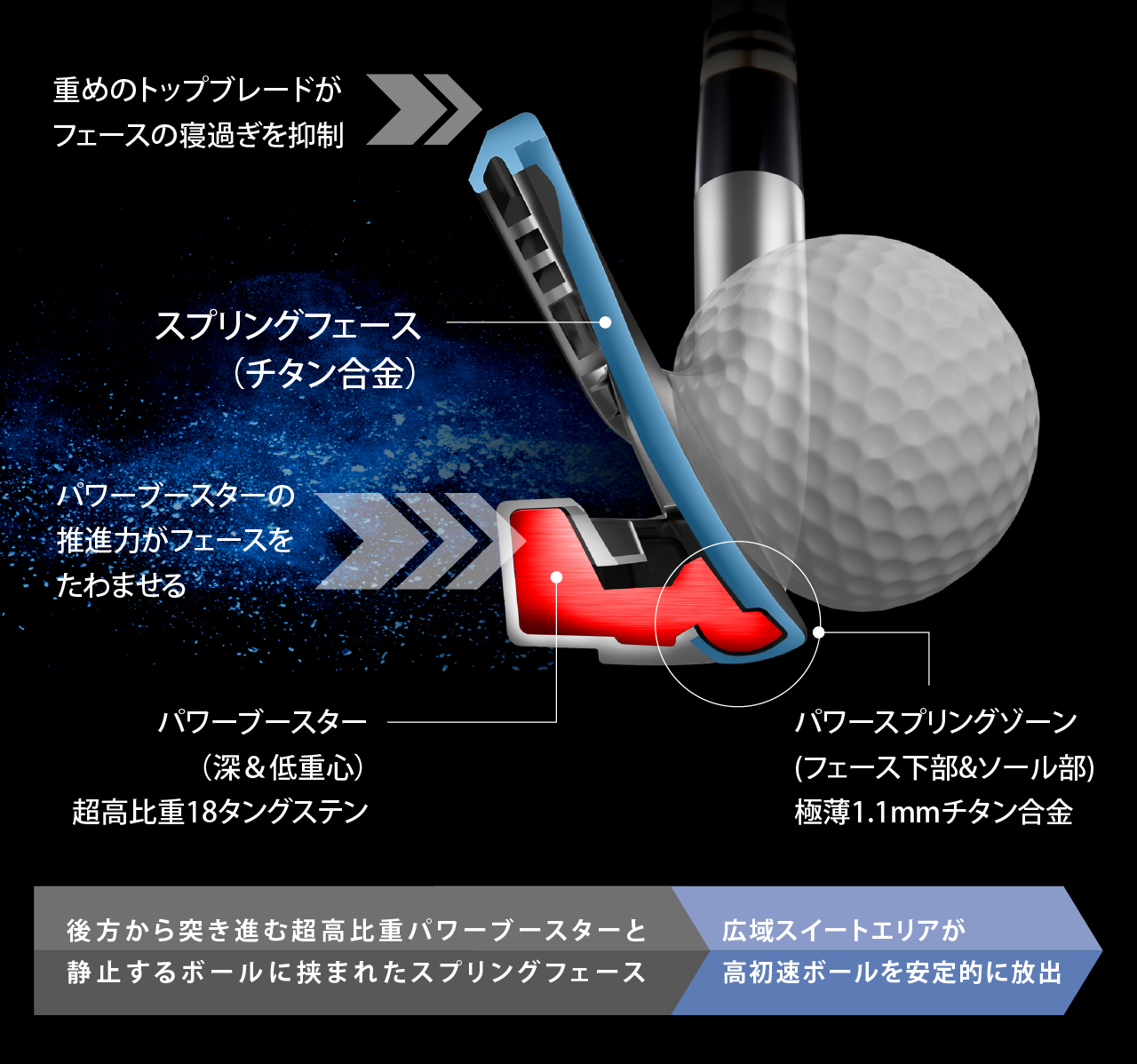 The performance of a conventional iron head, which is a solidly formed mass of stainless steel, is determined, to a large extent, by its shape; and there is little room for adding special-purpose functionality to the head, partly because of cost restrictions. Another drawback of a conventional iron head is that its lower face offers little repulsion due to the way in which it is designed. After exhausting years of research and development, RYOMA has revolutionized the design of the iron head. With manufacturing cost taken out of the equation, we have incorporated into an iron head a slew of new features and functionality previously unavailable. The result is a head that has an unprecedented low yet deep center of gravity and an increased level of repulsion in the lower face, making it capable of launching a ball at a noticeably high angle and with low spin. 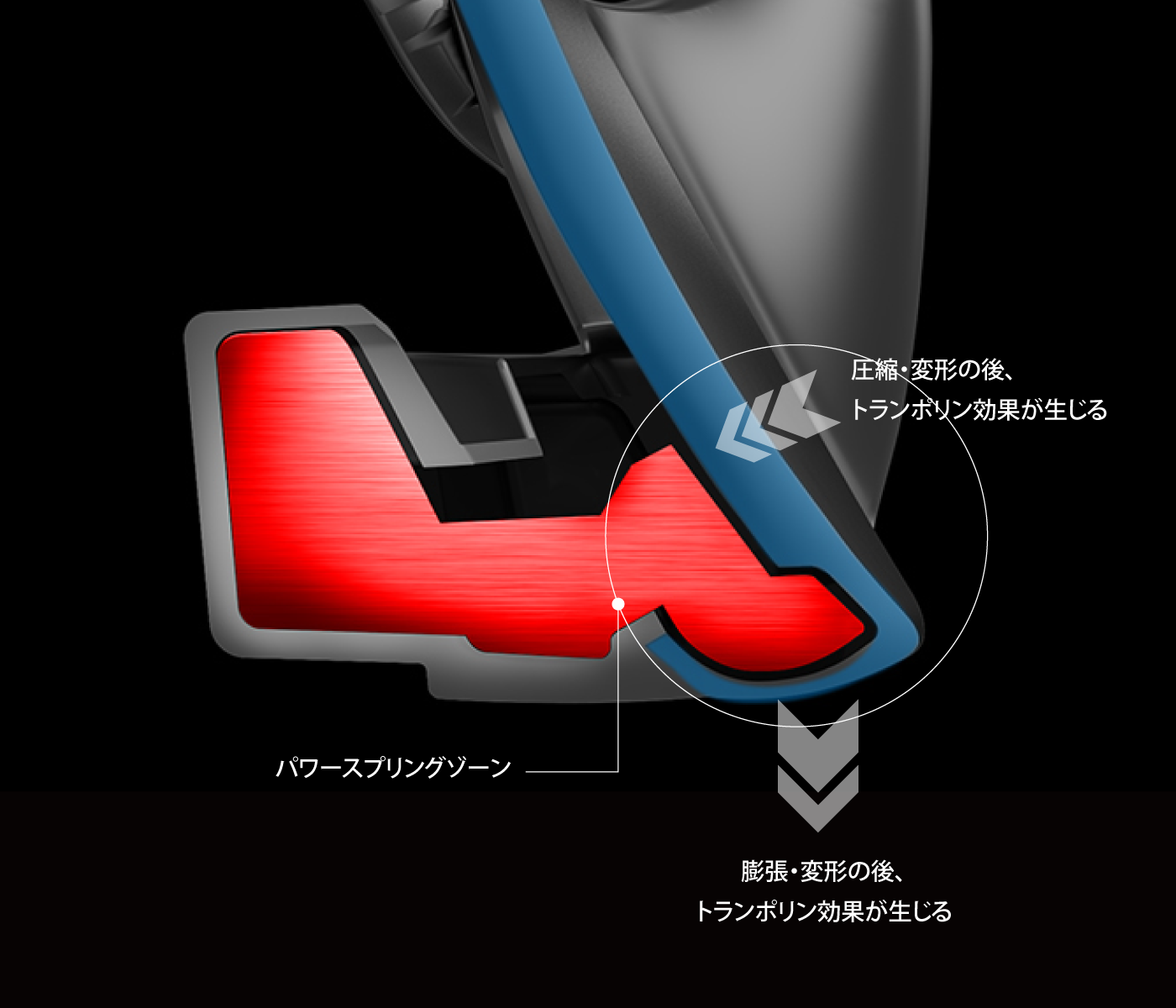 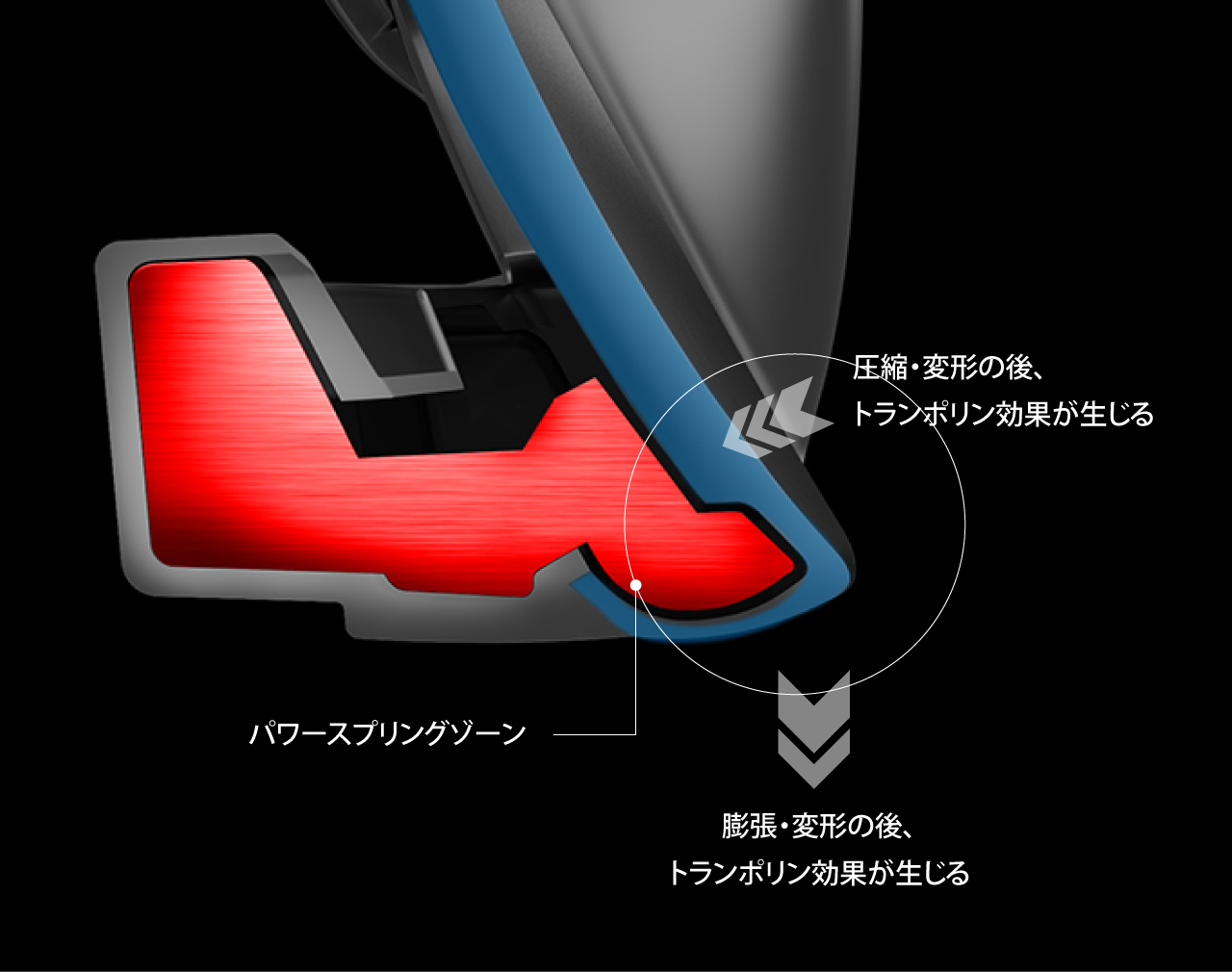 The titanium-alloy face is made into a 1.1 mm-thick plate toward the leading edge, which seamlessly extends 10 mm into the sole to create a power zone 1-mm wide inside. This Power Spring Zone helps increase the initial velocity substantially that the lower face imparts to a ball sitting on the ground upon impact, which achieves greater consistency in flying distance of a ball regardless of impact position on the club face.