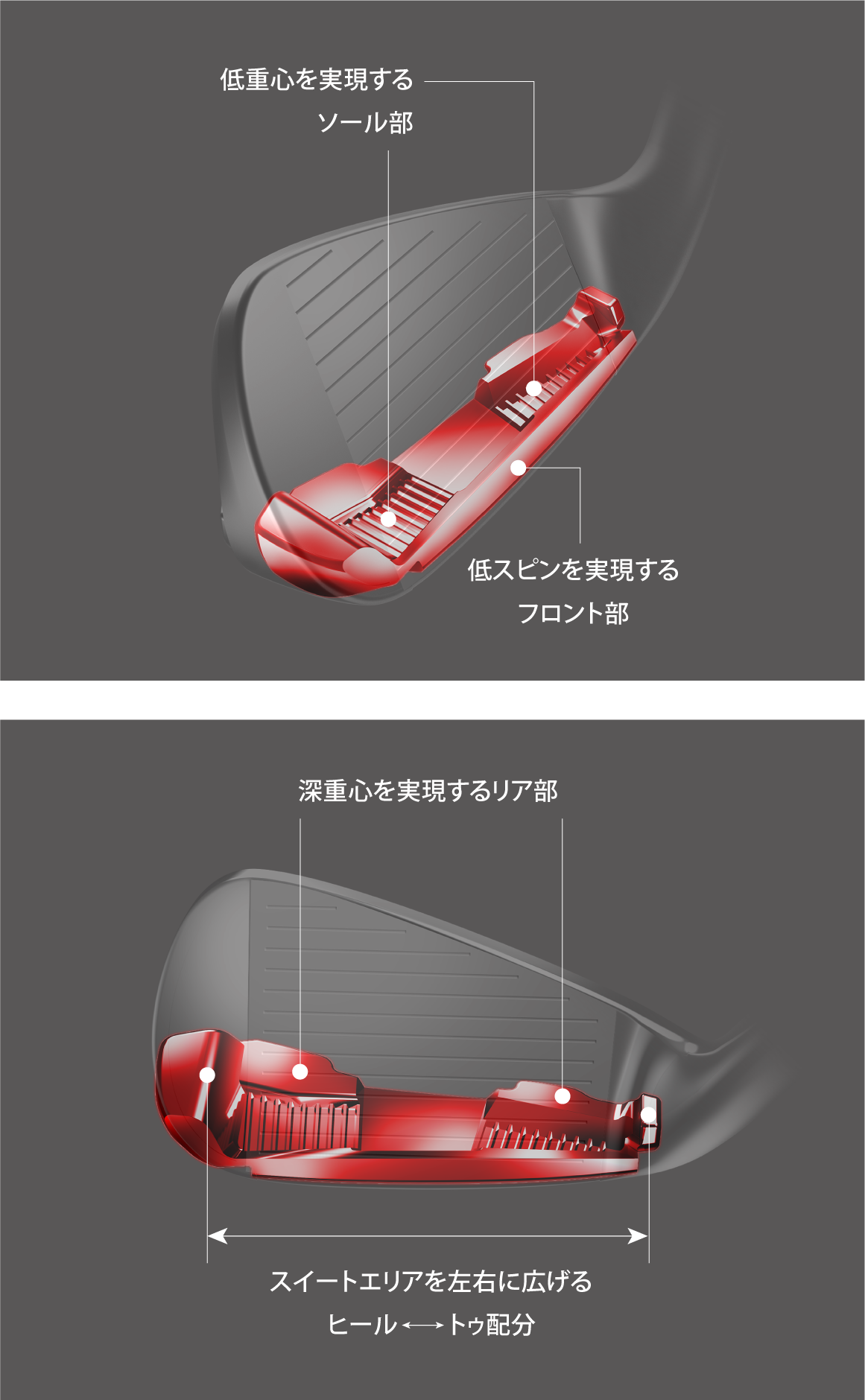 When a conventional iron hits a ball off the tee, the ball flies longer than when hitting a ball off the ground. This is because the face of a club hits a ball at different impact positions. Off the tee, a club face hits a ball 18 mm from the leading edge, while off the ground it hits a ball 9 mm from the leading edge. Furthermore, the vertical impact position on the club face varies depending on whether the face hits a ball out of the deep rough or a ball sitting on the rough. Different impact positions on the face give a ball a different amount of initial velocity and spin, which results in inconsistency in a ball’s flying distance. Each RYOMA Iron is equipped with our proprietary Spring Face made of titanium alloy, which bends inward in the power spring zone upon impact before returning to its original form and imparting a substantial force of energy to the ball regardless of centeredness of impact.

The narrow primary sole of a RYOMA Iron makes it easy to hit a ball clean with a quick swing-through from a good lie, such as on the fairway. When a ball is given a fat shot or hit out of a sand trap on the fairway, the supplemental Assist Sole behind the primary sole kicks in, making an oversize wide sole and preventing the head from plunging too deeply into the sand. As the oversize sole works to suppress excessive head turn and reduce the loss of flying distance, you can minimize the chance of missing shots and improve your score performance on the course. 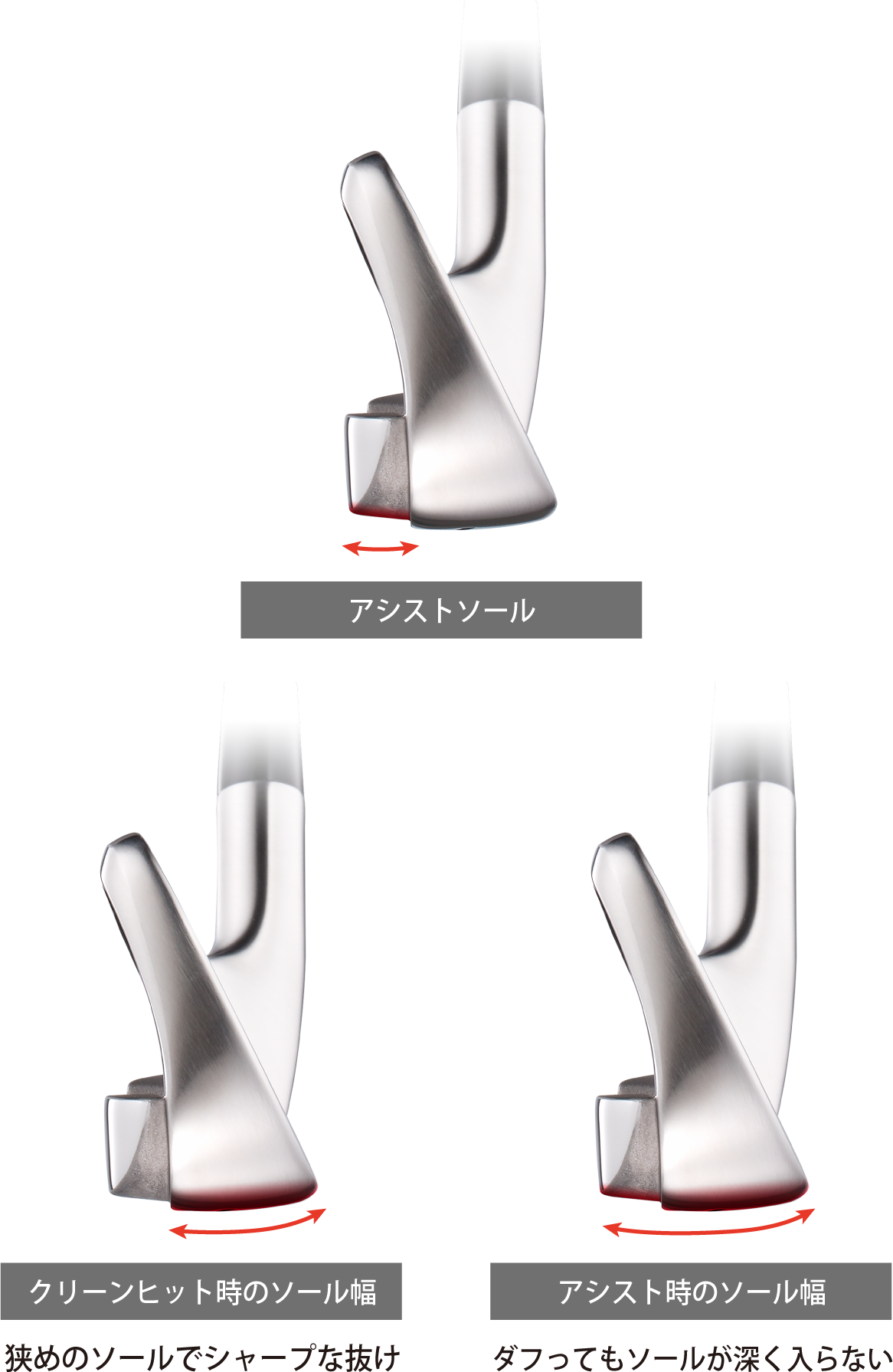 The flying distance and direction that a ball takes after impact is not determined by loft, but by the launch angle and amount of spin given to the ball. Each club in the RYOMA Iron series is equipped with an individually designed Power Booster to give the optimum launch angle and amount of spin to a ball upon impact. This series promotes consistent and optimum distance gapping among the clubs.

5Sweet spot positioned at the center of the face 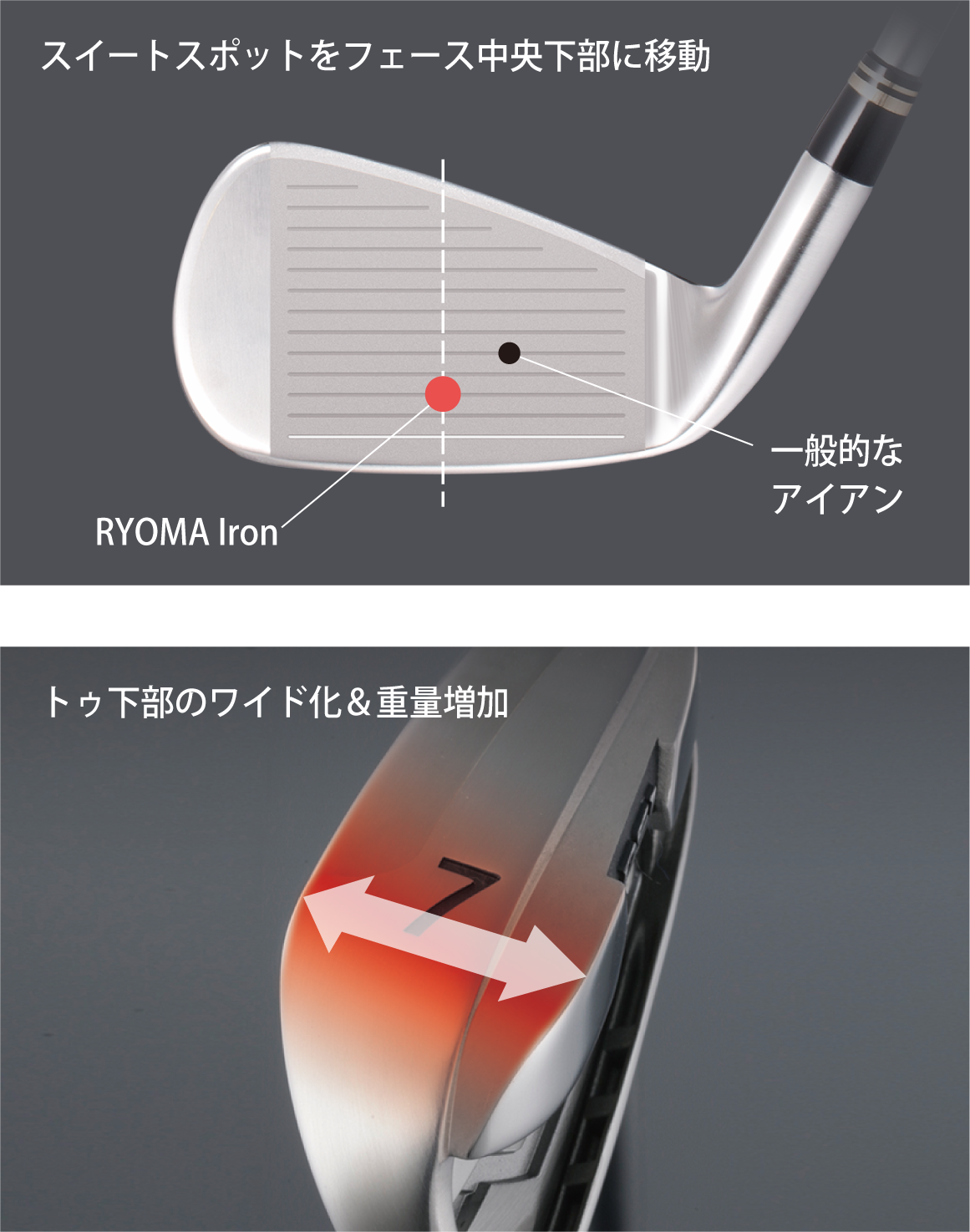 One of the things that make a conventional iron difficult to hit is that its head is shaped in such a manner that it provides a small sweet area. Each RYOMA Iron offers a low and deep center of gravity and is equipped with a mechanism inside the head that reduces the chance of common miss shots. As a result, the RYOMA Iron offers an exceptionally wide sweet area not found in conventional irons. 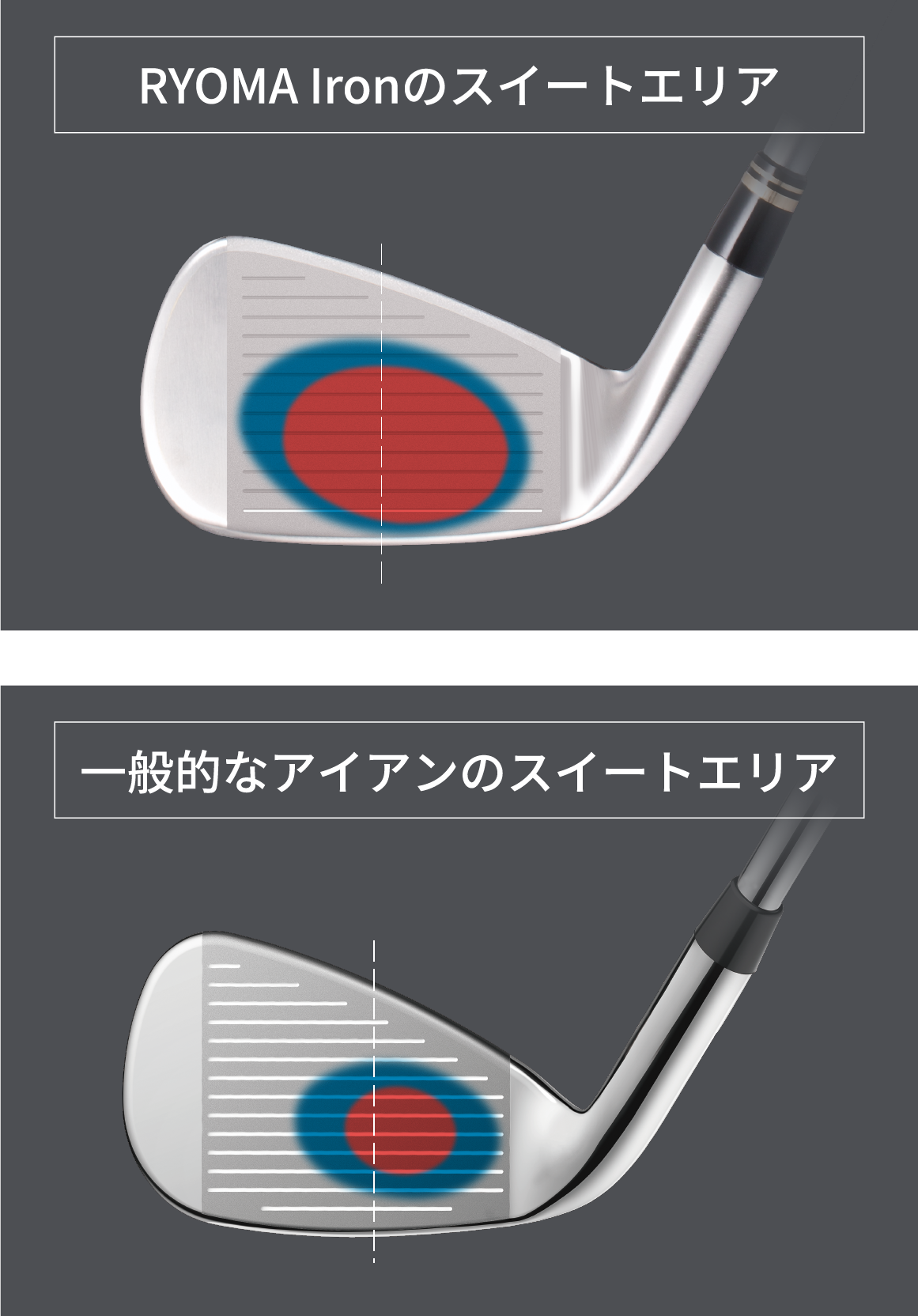