1Distance・DirectionBetter control of distance and direction, even on an off-center hit

As hybrids are shorter than drivers and fairway woods and deliver lower head speed, whether a player hits a ball on-center or off-center with a hybrid makes a big difference to the player’s score on the course. For instance, a clean on-center hit may get a ball on the green, while an off-center hit may result in a ball hitting a greenside sand trap. A RYOMA U hybrid has a club head with a center of gravity that aligns perfectly with that of a ball at impact, and its highly elastic body and specially designed face combine to impart a high initial velocity to a ball. Even on an off-center hit, the ball travels longer and straighter, resulting in an improved score on the course. 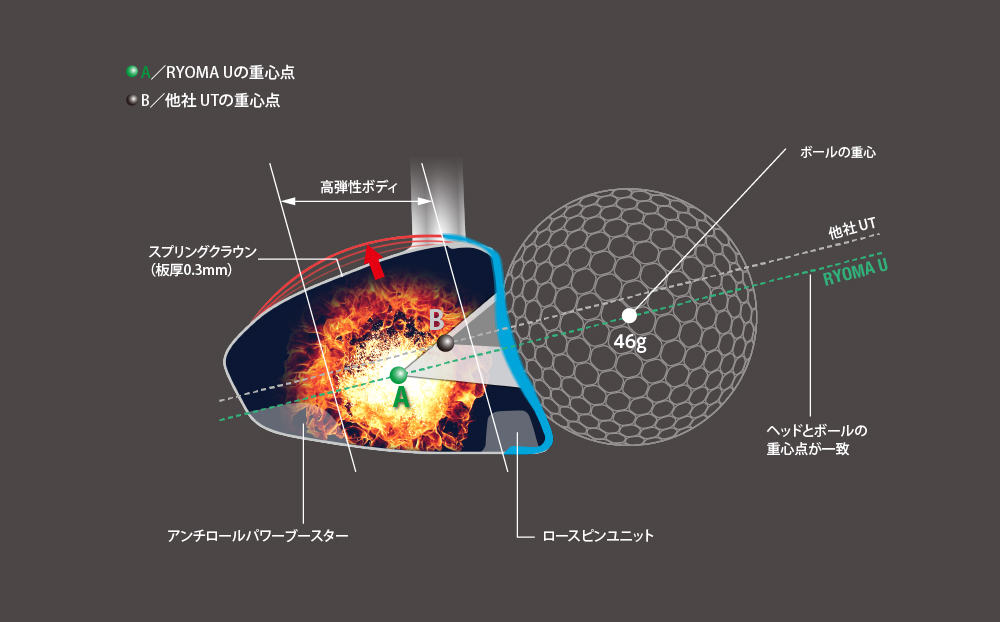 Most conventional hybrids with a cast steel head have a high center of gravity and tend to impart a large amount of backspin to a ball at impact, which causes the ball to balloon before reaching its highest point during the flight. Although this has an advantage of a ball hitting the ground without much roll, the downside is that it ends up with a shorter ball distance and that, as is often the case with long irons, a smaller sweet area inherent in a steel head makes it difficult to control distance and direction on an off-center hit. A RYOMA U hybrid has an innovative head structure that makes it possible to launch a low-spin ball at a high initial velocity and at a high angle. The ball flies a longer distance until it reaches high above the green and descends toward the pin. Even when a ball is hit off-center or with a descending blow or into the wind, the ball barely balloons but takes a strong trajectory straight toward the green. 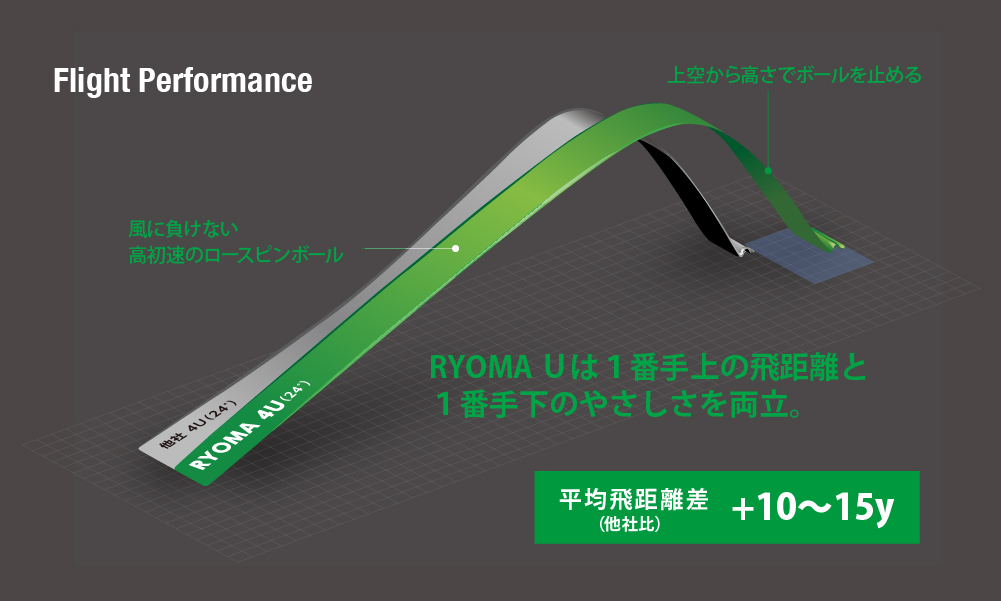