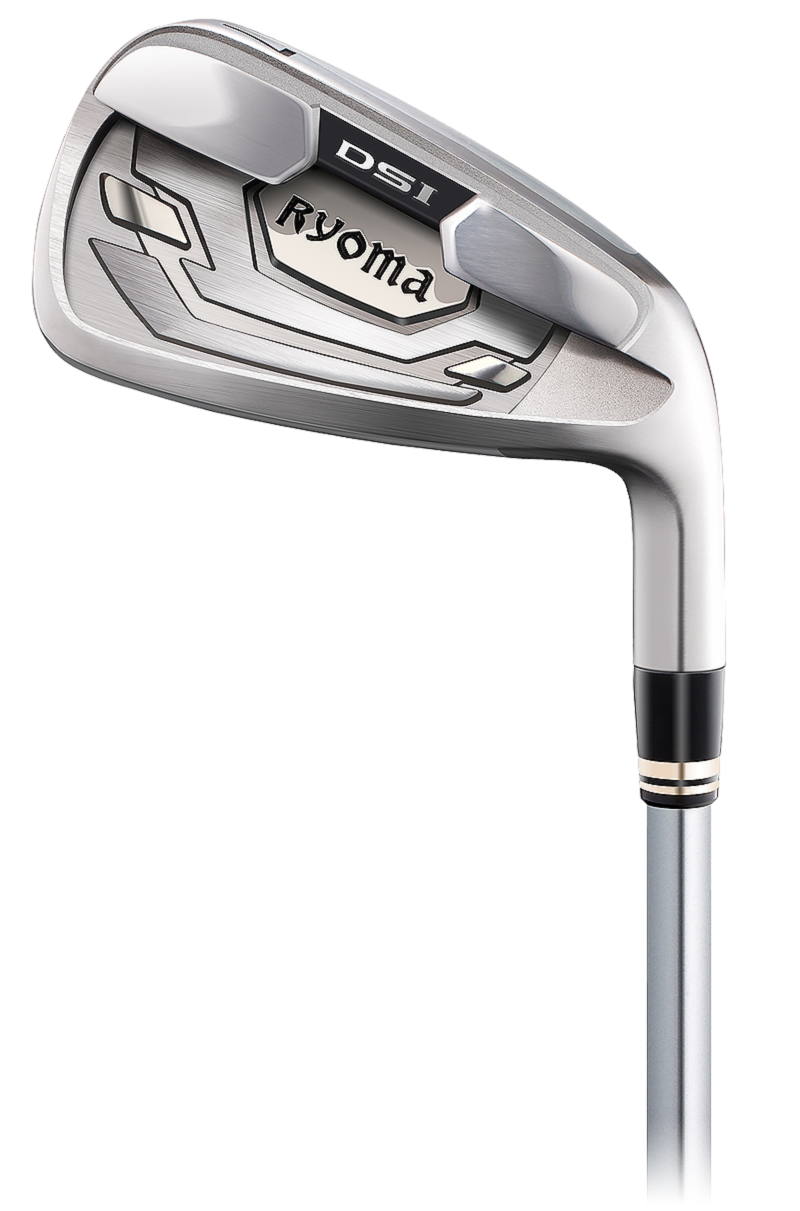 RYOMA Irons are the much-anticipated first series of irons from RYOMA.
We incorporated our proprietary DSI technology, which has proven itself in RYOMA drivers and fairway woods, into the design of this series of irons. The Spring Face made of titanium alloy—the world’s first of its kind—extends 10 mm seamlessly into the sole, which releases a ball at a high initial velocity regardless of centeredness of impact.
The Power Booster, made of tungsten with an ultra-high specific weight of 17, is attached to the lower back of the face to give the head a low yet deep center of gravity, which in turn provides a wide sweet area and imparts a substantial force of energy to a ball upon impact. A RYOMA Iron reduces the extent of inconsistency in a ball’s flying distance and direction caused by off-center shots by more than half compared with conventional irons. Golfers of every skill level can benefit from the exceptional forgiveness of these irons and add an average of 10 yards to their iron shots compared with when using conventional irons with a comparable loft angle.
These high-performing RYOMA Irons give you a greater confidence in landing a ball on the green consistently.

Easy to hit the sweet spotThis standard shaft makes it easy for you to perform consistently timed swings. Yet the ball does not remain on the face too long. You can effortlessly hit the sweet spot and achieve a consistent and repeatable flying distance thanks to the shaft’s exceptional forgiveness.

Whip-like effect benefits players of any skill levelDuring the swing, the whip-like effect that the BEYOND POWER shaft generates travels progressively from the grip to the middle and to the tip, adding 1.2 m/s more to the head speed through impact. This revolutionary shaft provides infinite flex regardless of head speed, which should benefit golfers of any skill level—from average performers to top amateur players.

About custom-made shafts and steel shafts

The TourAD shaft, exclusive for RYOMA, offers exceptional forgiveness and enables you to hit the sweet spot effortlessly even when the swing timing is thrown off, so that you can achieve a consistent and repeatable flying distance. For those of you who have long stayed with steel irons and wedges, we recommend that you try out this original graphite shaft for the RYOMA Irons and Wedges. You will be able to hit consistent shots throughout the 18 holes and improve your score performance. Custom-made shafts are available for those who have particular preferences for iron shafts.