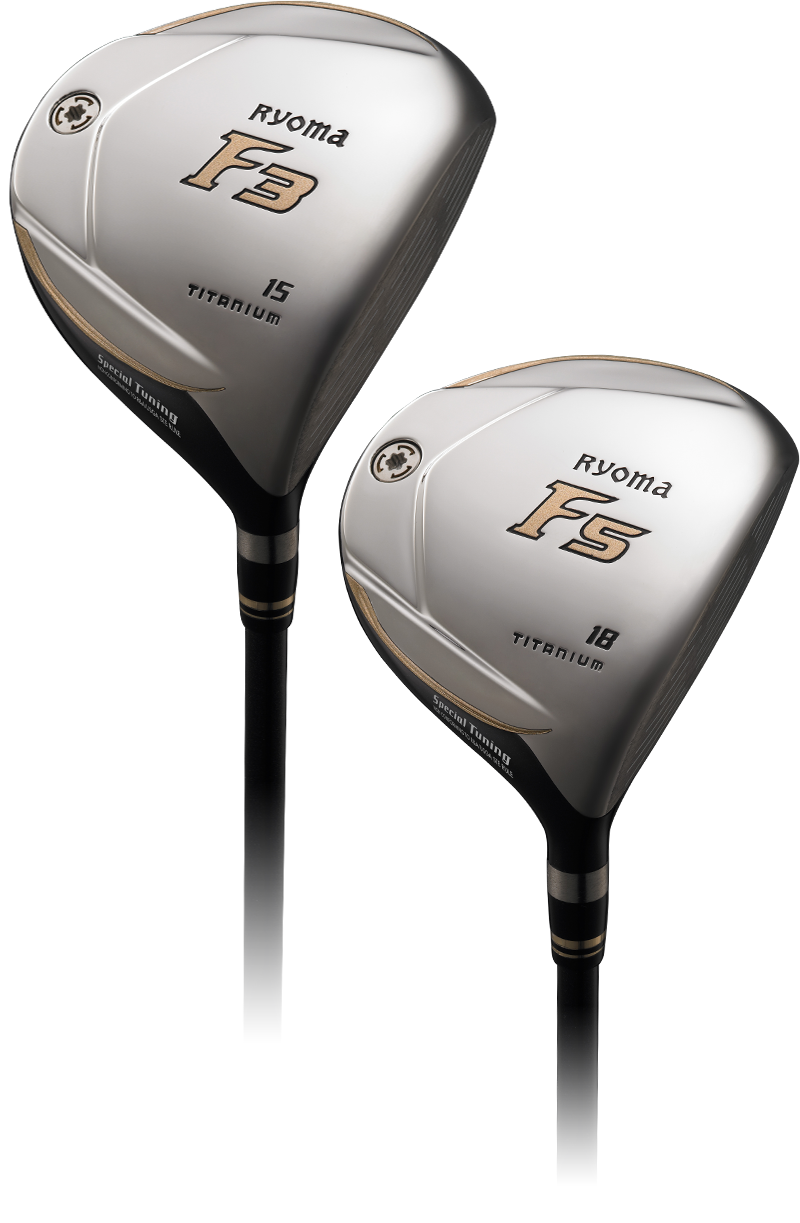 Refining the RYOMA F fairway to deliver an extra-long distance

We have added enhancements to the already-high-performing RYOMA F fairway wood to make the RYOMA F Special Tuning fairway. This fairway is equipped with a high-COR multi-beam cup face that imparts to a ball an initial velocity of 1.1 m/s higher than the original RYOMA F at impact. The use of lighter head body results in a surplus weight of a whopping 130 g. At the front and back of inside the head are placed a low-spin unit and an anti-roll power booster, each weighing 65g, to provide an incredibly low and deep center of gravity to the head.
The RYOMA F Special Tuning fairway makes it possible to hit a ball with an initial velocity of up to 3.1 m/s higher than conventional conforming fairways and to reduce the amount of backspin imparted to a ball at impact by up to 850 rpm, resulting in an extra 20-yard long distance of ball flight on average.

All-round shaft for a consistently
high smash factorThis shaft is especially designed for the RYOMA F fairway. It allows the player to feel the club head move during a swing and provides greater maneuverability and stability. It is an all-round shaft that ensures consistent performance regardless of a golfer’s swing type and brings out the best of the high-performance club head when aiming at the green.

Whip-like effect for
exceptional distanceThe BEYOND POWER F shaft provides infinite flex that benefits golfers of any swing type. During a swing, the whip-like effect travels progressively from the grip to the tip, giving an accelerated speed to the head while eliminating awkwardness normally associated with swinging a longer shaft. This shaft enables golfers to hit longer-distance shots beyond their potential.